﻿﻿ Do Not Wait For Thirsty To Drink | REGISTRAR OFFICE

Our Entity
visit us 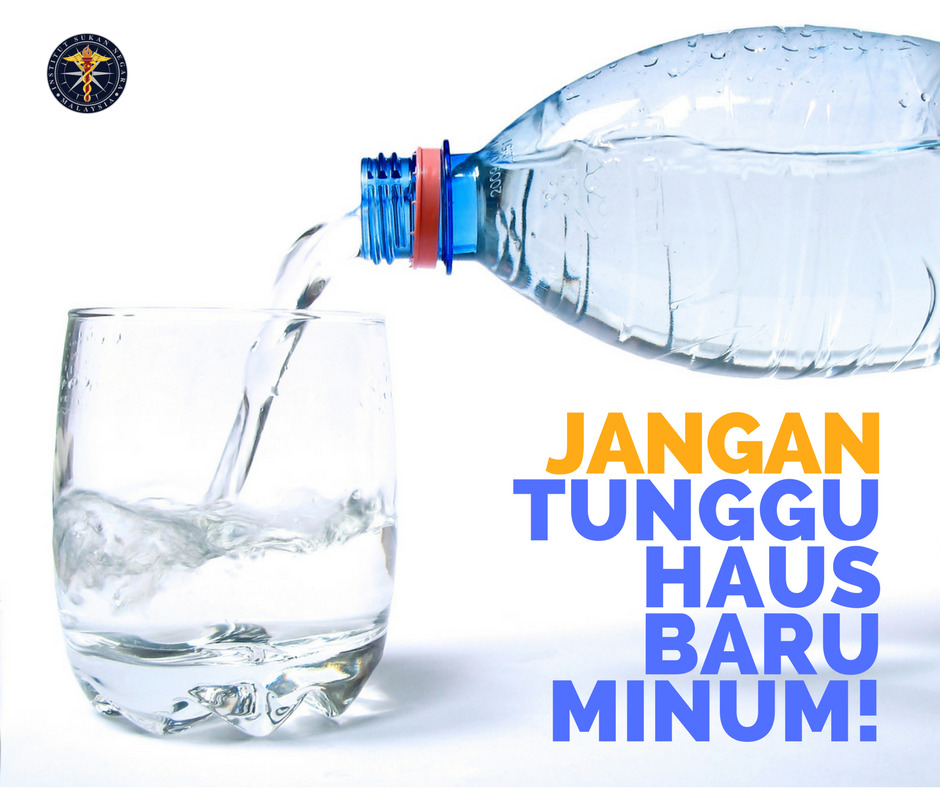 Dehydration is easily interpreted as a loss of water or body fluid due to physical activity, but should not be taken lightly as the absence of two percent of the water from the weight is sufficient to affect the physiological function of an athlete.

In fact, two studies conducted by the University of Connecticut Human Performance Laboratory in 2012 show that moderate levels of mild dehydration are enough to change one's mood, energy levels and ability to think clearly.

The test proves no matter if a person walks for 40 minutes using the treadmill or sits in rest, as dehydration is still the same.

Light dehydration is interpreted as losing about 1.5 percent of the volume of water in the body.

Acting Head of National Sports Institute's Sports Science Center Mohd Qushairy Ajmain Mohd Amin said that dehydration can be aggressive if the athletes practice in hot and humid weather, but can be adapted through adaptation (heat acclimatization).

"Whenever dehydration can disrupt the function of the body, especially in the process of thermo regulation, it helps the body to produce heat generated through physical activity," he said.

"If the blood is well distributed, the heat will be removed from the body through the skin as the blood will bring heat to the skin and then release it to the air."

In addition, according to Qushairy, it can also affect cardiovascular function when oxygen pumping can not be done perfectly.

Obviously, in the event of dehydration, the blood will become solid and hard to flow. When a blood loss occurs, the use of oxygen and energy production will be disrupted.

"When blood circulated to the whole body decreases, oxygen and glucose can not be transmitted to the entire body effectively, especially to the muscular area that is considered a power plant for the body. This is because the muscles need glucose and oxygen. "

According to him, studies have shown that progressive weight loss due to dehydration will affect heart rate, core temperature and 'rating of perceived exertion' that determine athlete's efforts in physical activity with certain intensity.

Qushairy said the study also proved that dehydration rate of glycogen (glycogen deplection rate) will increase as athletes use glycogen material to produce energy, but when rapidly occur, it causes someone to be tired quickly.

"In addition, it can interfere with the central nervous system, the motivation for daily reduced activity, and it also affects the athlete's perception of effort.

"In the event of dehydration, an athlete will perform an activity with a more difficult perception than in hydrate where his efforts will increase even with the intensity of the training."

What is the sign that shows someone experiencing dehydration? According to Qushairy, the primary sign of dehydration can easily be detected by an individual when he is thirsty.

"In addition, dehydration symptoms can be detected when extreme fatigue, nausea and worst occurs spasms, hypertermia or heat stroke and this is what we want to try."